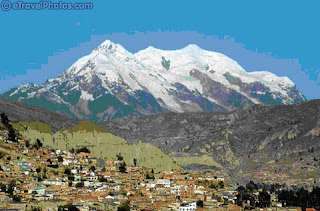 I’ve just returned from 5 days in , a country of amazing diversity, in both its landscape and people. The and the Altiplano to the West give this country the highest average altitude in , while the tropical Amazon Rainforest hugs the country on the north and the east, above its central lowlands of rolling hills, forests, and savannah. And Bolivia's people are comprised of three dozen Amerindian groups, including the Aymara, Quechua, Guarani, and Ayoreo, which creates the ideal setting for a wide selection of unique handicrafts. 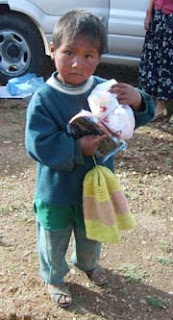 This is my 4th trip to , and somehow it wouldn’t feel complete without the blockades that attempt to bring its transportation, business, government, and any semblance of normal life to a halt. (It is through these disruptions that the people express their disapproval of government policies.) This time, Bolivians were passively protesting government decisions that have led to an increase in the cost of goods and gas prices, combined with a skyrocketing cost of living that has forced millions of Bolivians to leave the country in search of better-paying jobs.

I spent the first few days in visiting with our artisans and exploring new groups. This year’s Andean Amazon Accent Show, which started one day late because road blockades prevented taxis, buses, and cars from getting to the fair grounds, led to a disappointing turn-out: approximately 200 exhibitors and just eight buyers. Despite this, we found a number of interesting new products, as well as new projects that will benefit inmates and disadvantaged children.

Keep an eye out for new items from Bolivia at One World Projects!

Posted by One World Projects at 12:06 PM

Email ThisBlogThis!Share to TwitterShare to FacebookShare to Pinterest
Labels: Bolivia