A Time For Reflection….. 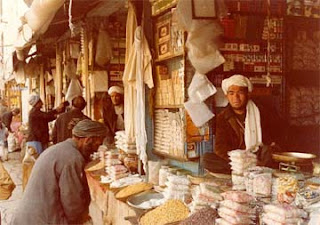 …..not on the past but on the future. As I begin this journey to Kabul, Afghanistan, I am aware that it isn’t without a certain element of risk.

There is an ongoing war here, and Westerners (particularly Americans) are not welcomed and often targets of violence. In recent weeks, many people, including members of the OWP Team, have questioned the wisdom of this trip, and asked, “Why are you doing this?”

To those who ask the question, I remind them that Uniting the World Through Compassionate Trade is our tag line, and our mission is:

We want to expand the principles of Fair Trade to that of Compassionate Trade by addressing some of the most pressing global problems of our age: poverty, hunger, lack of education and health-care, environmental degradation, the rights of women and children and global violence.

At One World Projects, we know that any worthwhile change does not come without sincere effort and sacrifice. As I write to you from Dubai, I also reflect that India, home of Ghandi and Buddha, two souls that I respect and admire and who did much to promote peaceful coexistence among all peoples, regardless of religion, race or status, is just a two hour flight across the Arabian Sea.

Few fair trade importers work in Afghanistan, for obvious reasons. We have come here because its people have suffered so much by decades of war and violence, and need our help. The average income of most Afghans is less than $1 a day. Men with few options available to them are often persuaded to fight in order to make a living, leaving the women to bear the financial burden of raising children alone.

Now the country seeks a new path towards peace and prosperity, although the road ahead is still long and difficult. We can sit back and hope others chart a course that leads to sustainable peace, or we can help shape its positive new direction.

In addition to adding Afghani products add to our extensive line of fair-trade crafts, and building relationships with new artisans, we will spend the week looking for artisan groups to participate in our Bridges to Peace 2008 workshop. This workshop will bring artisans from conflict and post-conflict together with buyers from well-known companies in the U.S. to produce new products for the consumer market. The workshop will be hosted in the Ecuadorian Amazon and include artisan groups from Afghanistan, Burma and Colombia.

We have hosted similar events twice before, but this will be the first time that the workshop has specifically focused on a theme of peace. In addition, we hope to produce a made-for-television documentary to chronicle the artisans and their crafts, and explore the principles of fair-trade and how economic opportunists can help build bridges to peace. 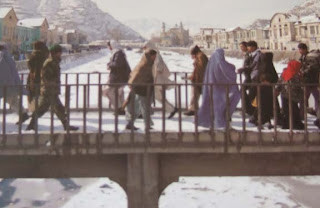 Posted by One World Projects at 10:44 AM