Why We Love Bill Gates (and Africa does too) 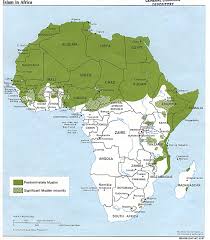 Instead of spending his mornings surfing the net on his Microsoft-enabled laptop, while sipping a latte hand-delivered from ’s Best, billionaire Bill Gates is giving hundreds of millions of dollars to malaria vaccine and treatment programs, according to an article published in the on Wednesday.

Speaking in to a meeting of 300 scientists and policymakers, Gates called on global leaders to embrace “an audacious goal - to reach a day when no human being has malaria, and no mosquito on earth is carrying it."

"We will not stop working until malaria is eradicated."

The article also showed positive first results of an anti-malaria vaccination in a small group involving 214 infants in . Although it’s still early, the treatment appeared to a success: after three months infants who'd received it were 65% less likely to contract malaria than a control group.

Another way you can help is by supporting artisans in who are producing tin angels and santas from used mosquito pesticide cans to spread the word about this 100% preventable disease. With one malaria-related death every 30 seconds in , we don’t have half-a-minute to lose.

Posted by One World Projects at 1:08 AM