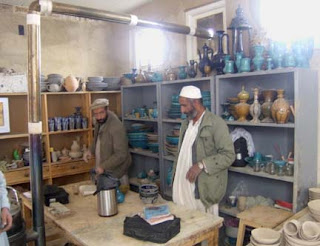 Aid to Artisans has introduced us to more than a dozen different artisan organizations during on this trip. And while we haven’t had time to blog about each one, I did want to mention one particularly interesting organization called Turkman’s Women Actives Rights Association Afghnistan (TWARA). TWARA was established in 2005 with the idea of creating awareness among the Turkmen minority group living in the very remote areas of Afghanistan; mostly in the northern areas on the bank of the Amo River. 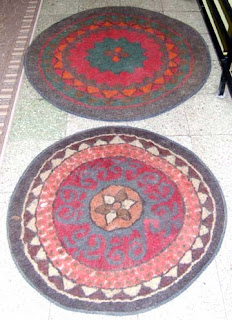 TWARA identifies Turkmen communities in which there is a very low literacy rate and a lack of awareness about the routine of daily activities. They work with the women to educate them in health-care, parenting, and life-style issues as well as promoting their skills in handicrafts, finding markets, and improving quality. Their primary craft is handmade carpets; both woven and felt. 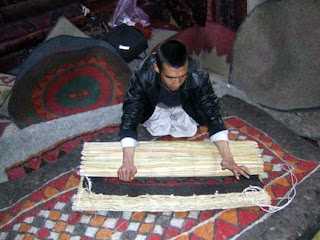 The making of traditional Afghan carpets is very time-consuming but produces beautiful results, albeit with very hefty price tags. At TWARA, we found a unique alternative to the traditional Afghan carpet, one produced from felt, which is much more modestly priced. We have returned with a few of samples of quality felt rugs and we will see how our customers respond. 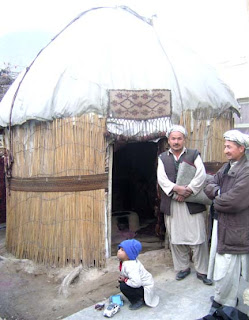 The key to Afghanistan’s future is in the hands of its own people. The Afghan people are strong, proud, and capable; possessing determination and resilience. But they need to be given the opportunity by the world community. The same community that has for decades brought only war, despair and destruction, now needs to contribute in positive ways and not by imposing their wills on the Afghan people through violence.

Yesterday I read an article on the BBC website(http://news.bbc.co.uk) that said a NATO spokesman apologized for the lives of innocent civilians lost because of mistakes made by NATO forces, and indicated that steps were being taken to reduce these mistakes. But in the same statement, the spokesman defended NATO’s record by saying that their forces had killed fewer people last year than the Taleban, who launched more than 100 suicide attacks. It is sad that we have become a world where human lives lost can be reduced to mere numbers and statistics and justified as either acceptable or unacceptable collateral damage. 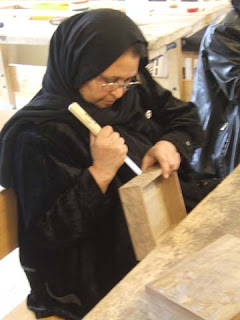 Afghanistan’s people need economic opportunity so they can provide for their families. They need meaningful work, education, and gender equality so they can regain self-esteem and a renewed sense of purpose. These things should be basic human rights afforded to all. Most Afghans live in abject poverty, earning less than $1 a day. The Afghan police receive $4 a day to put themselves in harms way, and the Taleban pay young men $400 to $500 per month to fight. Viable economic opportunities are needed to create any opportunity of peace, lasting change, or a better life. 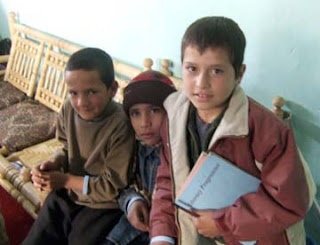 I leave this first trip to Afghanistan with two images that epitomize the worst and the best in this nation's struggle on the road to peace. For me, the most difficult image and the most vivid, was when our driver turned the corner onto a busy and dusty, two-lane dirt road. In the middle of the road, aligned in a single-line (to reduce the possibility of being run over) sat five women in burkas begging for money. Many of the women had disabilities and their burkas were covered with the dust and dirt thrown at them from the passing cars. I was told that begging in Kabul was a recently acquired phenomenon; that in the past women were too proud to engage in this activity. The image is a symbol of all the challenges that Afghanistan is struggling to overcome: poverty, oppression of women, casualty of war, and the loss of self-esteem and self-worth. 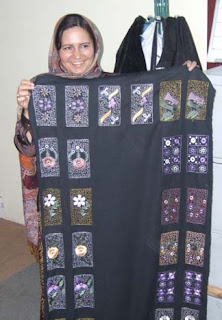 By contrast, perhaps our interpreter from Aid to Artisans epitomizes some of the best of Afghanistan. She is an intelligent and independent woman who was born in Afghanistan. When the Taleban came to power her family fled to Pakistan, and when the Taleban was overthrown, she returned to her homeland to live in the country that she so loves. She received a degree in computer engineering at the Kabul University, and has been accepted for a master’s degree program in Marketing at Bucknell University in Pennsylvania. She is passionate about learning and desires to find a way to use this knowledge to uplift Afghan women.

And while oppression of women is still common, particularly in the provinces, we met many shining examples of women that have educated themselves, become doctors, teachers, and community leaders.

From the point of view of artisans and artisans’ crafts there is much more diversity that we had expected. Most of the new lines that we will be acquiring are in high-quality jewelry made from gemstones like lapis, turquoise, fluorite, carnelian, amethysts, and quartz, embroidered textiles of handbags and clothing accessories, and felt rugs. We will also be working with NGOs like Turquoise Mountain to develop a line of ceramics and wooden carvings appropriate to the U.S. market. 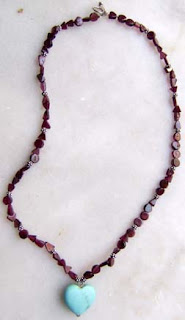 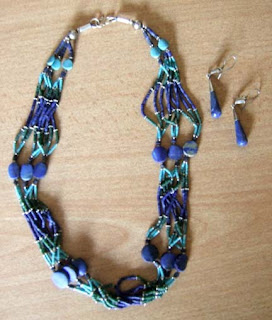 I want to extend a heart-felt Thank You to Aid to Artisans for their work with artisans in Kabul; to help them with design, to understand issues surrounding quality-control, and to learn what is necessary to become export-ready.

For most of the artisans this will be their first experience of exporting to a foreign market and we feel privileged to be one of the first companies to work with Afghan artisans and further hope that through our relationships we can play a small role on the difficult road to peace.

I also want to Thank DAI and USAID for generously sponsoring this trip; without their financial contribution it would not have been possible.
Posted by One World Projects at 1:53 AM